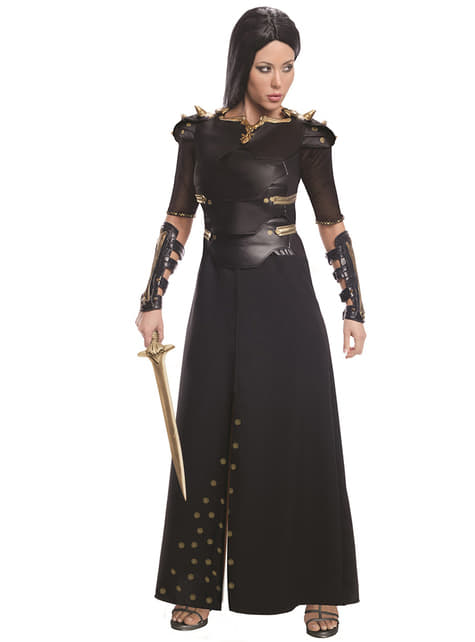 Artemisia 300 The Origin of an Empire costume for a woman

You’ll be a navy commander and rule Halicarnaso with this Artemisia 300 The Origin of an Empire costume for a woman.

300 is an epic 2007 American action film directed by Zack Snyder. It is the film adaptation of the limited comic book series of the same name by Frank Miller, which recounts the battle of Thermopylae. The plot describes the history of the Spartan King Leonidas (Gerard Butler) and his 300 Spartan warriors who fought to death against the 'God-King' Persian Xerxes (Rodrigo Santoro) and his army of more than one million soldiers. Because of the fierceness of the battle, the Spartan Queen Gorgo (Lena Headey) tried to get the support of Sparta by the Spartan Senate. The story is framed by a voice-over by the Spartan soldier Dilios (David Wenham). Through this narrative technique, various fantastical creatures are introduced, placing 300 within the genre of the historical fantasy.

This sailor Artemisia costume includes a long black dress with an opening on the skirt and details in bronze, asymmetrical ruffles at the neck, black gloves - one long and one short, and an arm cuff. 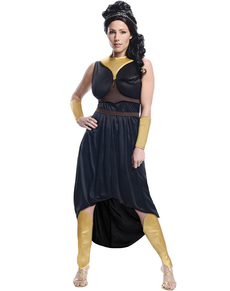 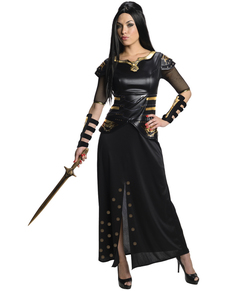 Upload your photos to Instagram with the hashtag #funidelia followed by #funidelia05191.

Product Rating: "Artemisia 300 The Origin of an Empire costume for a woman"
Sizes