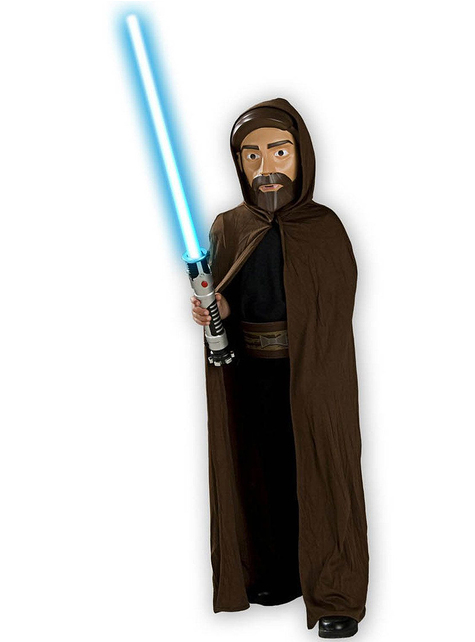 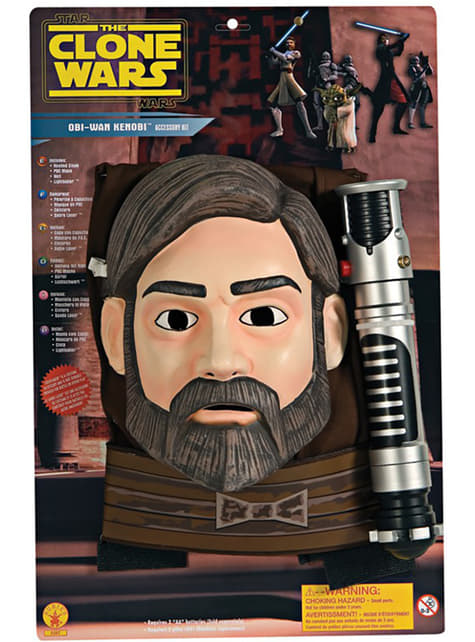 Roll over image to zoom in

Obi Wan Kenobi The Clone Wars kit for a boy

Fight alongside Anakin and teacher Yoda in the Clone Wars with this Obi Wan Kenobi The Clone Wars kit for a boy.

Obi-Wan Kenobi also known as Ben Kenobi on the planet Tatooine is a fictional character from Star Wars. Obi-Wan is a key figure in the events of the universe such as the Clone Wars, the extinction of the Jedi, the fall of the Galactic Republic and the Luke Skywalker’s joining with the force. Star Wars is an American media franchise belonging to the genre of science fiction, and was conceived under the screenwriter, director and film producer George Lucas. The plot is situated in a very distant galaxy, where there has been a confrontation between the Jedi and Sith for centuries.

This amazing kit includes a brown hooded cloak, a PVC mask of the face of Obi-Wan from the animated series The Clone Wars, a belt and a great lightsaber.

Upload your photos to Instagram with the hashtag #funidelia followed by #funidelia12228.